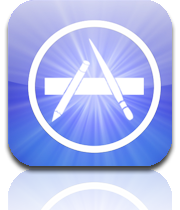 Today I’m going to list a few apps that I use on my iPhone to aid me in my work as a Close Protection Officer.

As modern technology advances so too does it’s uses, but it’s important to realise that technology should be no substitute for knowledge.

The apps I am about to list won’t tell you how to write up a risk assessment or client profile and they won’t tell you how to do your job on even a basic level. What they will do however, is assist you in certain scenarios where using an app would be quicker than the traditional method of looking up the information yourself. This is by no means an exhaustive list either, there are plenty of apps out there that can assist us as Close Protection Officers in certain aspects of our job, and these are just a few that I have used while working.

This is actually the only app that I have yet to use at work, although outside of work I have used it plenty. As security professionals we all, or at least should all, carry a small torch. But as we all know, batteries fail and bulbs blow, so this app would come in handy if the aforementioned happened and you were unable to get to your grab bag to replace the damaged parts. This is not something that has happened to me yet, however as the saying goes, “better to have something and not need it, than to need it and not have it” and for the price of a mere few Mega Bytes of space on your device it’s worth having. It simply turns the flash bulb on your phone into a torch.

The next app on the list is aimed at those who travel internationally a lot. It is a handy app that very quickly and conveniently show’s you the current exchange rate between a preselected list of currencies of your choice. It auto updates every 60 seconds. It allows you to set multiple currencies in a currency list and by simply clicking and inputting the figure of the currency you wish to exchange, it will show you all of your preselected currency values.

This app is free on the iTunes store and Android and other platforms also.

This app is another aimed at the international travellers among the industry. It is not a free app like the previous two but for £1.99 it can be very useful. It is a translation app that speaks the phrase you type. You simply select the language of your spoken language and then select the language you wish to translate to, speak into your phone or devices microphone and tap a button. Using the iPhone/iPod/iPad’s voice recognition software it then display your message on the screen while speaking it out loud using your speakers. It has 36 languages available and more that are not voice recognition compatible, and is a quick and easy way to translate a conversation. You can even use the app to translate what the person you are trying to communicate with is saying.

This app is £1.99 on the iTunes store and although it is not available on Android and other platforms there are alternatives available.

The next app isn’t so much for helping with work, but helps with downtime. Often on Close Protection tasks you end up with periods of downtime where it is not possible to fully relax. You may have a few hours off while your client is at a hotel for example, but you may be confined to the room next door. If sleep or food are not feasible or a priority at that time then the Kindle app can do wonders for keeping the mind active ad stave off boredom. A good book can be easily purchased and downloaded and read at any time.

This app is free on the iTunes store and on Android and other devices.

The Sky News app is a quick way of checking out the latest news and current affairs. It has a host of sections available on it enabling you to keep up to date with the latest goings on around the world and can also give you a heads up of potential large scale problems in certain area’s such as student rioting in London. There’s much else to say really about this one!

This app is free on the iTunes store and and on Android and other devices.

This app is handy for those travelling in and around London using the London Underground, which is where a large part of Close Protection in the UK is carried out. The app itself is quite basic but very handy, particularly if you don’t often have to use the tube. It has a standard London Underground map stored within it as well as a real time status indicator for each of the lines. It also gives you the option to purchase further, overground, train line maps.

The Highways Agency app is useful for two scenarios. Firstly it can tell you of any traffic problems you may experience while on your way to a job, and secondly it can help you plan your route while preparing for a client move. The way the app works is it lists every major road in the England and Wales that the Highways Agency is responsible for. You simply select the roads you are planning on using and are presented with two options. Option one is to view incidents on the road such as car accidents or break downs, and option two is to view planned road works being carried out. The app will also give you an estimation of the delay expected and can be very helpful when planning a route when you don’t have time or the logistics do complete a full route reconnaissance. You can also store a list of specific and often used roads and view your history. A point to bare in mind about this app is that it can only display information to you that the Highways Agency has uploaded onto the system and there can be a delay at times between an incident and the report.

This app is free on the iTunes store and on Android and other devices.

JamCam app works similarly to the Highways Agency but it gives you a real time view of the road. The way it works is that it allows you to view images from the thousands of road traffic camera’s posted all over the UK. By selecting a road from a list of all the roads covered by camera’s you can then choose which camera’s you wish to view. The images that you see are updated roughly every 5 minutes so it can be a fairly accurate tool, especially when used in conjunction with the Highways Agency app. You can create a list of camera’s and roads which can be access by a few taps of the screen.

File App pro is probably my single most used app. It is basically an app for storing all kinds of documents on, from PDFs right through to full-on Excel spreadsheets. If, like me, you like to have a digital version of certain documents available at all times it’s great. I have things such as my CV, check lists, fitness regime’s and books etc, etc all saved into the app. You can also open the documents to another app that is enabled for editing such documents, should you wish to make changes.

This app is £2.99 on the iTunes store and similar are available on Android and other devices.

This app is my favourite app. It is a GPS locating app that will tell you where the nearest location is of a pre selected requirement. For example, if you’re in a new town and need some cash, simply select Banks/ATM from the selection list and providing you have your location services enabled, it will tell you where the 8 nearest cash point’s are. The list of things to choose from is large and includes, bars, coffee shops, favourites, gas stations, hospitals, hotels, pharmacies, pubs, restaurants, taxis and many more. This app is very handy and although it is no substitute for local knowledge, it can be very handy when in an unfamiliar location, especially if a client throws a last minute request at you.

A final app I thought I’d mention is the standard Google Maps App. This app can come in very handy if you get a last minute client move and don’t have time to fully reconnaissance (recce) a  venue. Using the street view inside the app you can get a street view of a venue or area you may be visiting. This should never replace physically going to the venue to carry out a full recce, but as those of you reading this working in the Close Protection industry will no doubt know and have experienced, sometimes it’s not always possible. At least by using this app you can get a loose idea of what the area will look like when you arrive (I say loose because it’s important to remember that these images are not updated daily or even monthly and some things and buildings can change).

There you have it, 11 apps that may, or may not help you in your work. They have certainly helped me at times while working in Close Protection, and there is a key word there, “help”! These do not tell me how to do my job, nor do they replace local knowledge where applicable. They are merely tools that enable me to quickly resolve a potential problem quicker, for example when your client asks you out of the blue while out an about in an unfamiliar area “where’s the nearest coffee shop, I fancy a drink?”. These tools should not replace physical and local knowledge. I have heard of people, for example, using the Google street view to replace carrying out a physical recce. This is wrong. You should not rely on photo’s a few years old when you have the time to physically visit the location yourself prior to arrival. Obviously as I have said earlier, sometimes we as professionals don’t get the time to do this so these apps can be helpful to prevent you going into an area blind. Put simply, technology should be there to assist, rather than take over, and used accordingly can be a powerful tool!

You may also have noticed in this article that I have mainly been talking about these apps from the view of a Close Protection Officer. This is because this is the industry I work in daily, however there is nothing to say that these may come in handy for other areas of security too.

Do you use any other apps? If so share with us in the comments!